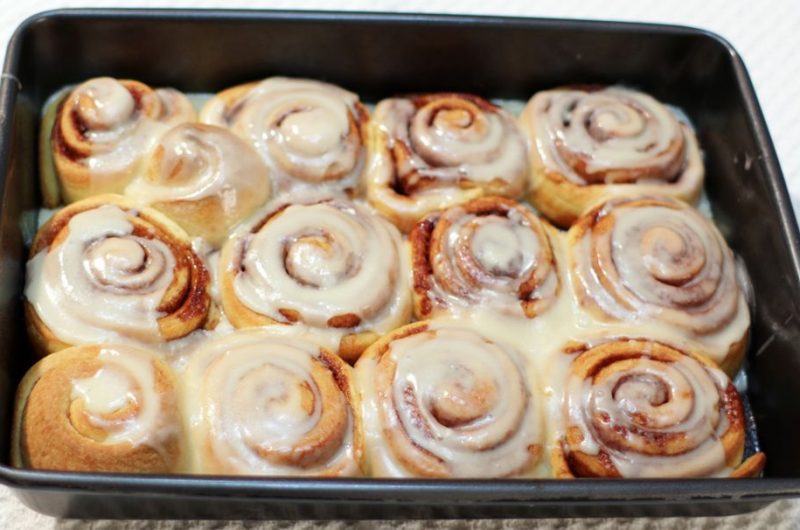 Sometimes when a knife is used it can smash the dough, try it out next time and see how you like it. Next, just place the cut rolls into a greased 9×13 inch baking pan. 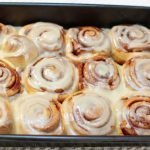