Picture this – You wake up in the morning and some amazing smell hits your nostrils, breakfast. It is the smell of bacon and then you hear it, that sweet sizzling sound. After brushing the sleep from your eyes you get dressed and walk into the kitchen. There before you is a plate of bacon, eggs and hash browns. This became a regular occurrence at my home growing up and then as I got older instead of my mother doing the cooking, I had the pleasure to make it. Sometimes it would be waffles, other times it would be pancakes.

We didn’t buy donuts much, but they were always a treat when we did. I even enjoyed cold cereal in the mornings, which on school days was the norm. Now I have changed my breakfast eating ways. I do still indulge and fix myself a plate of bacon, eggs and hash browns now and then. Mostly I stick to smoothies so I can leave room for other treats throughout the day. Whatever the breakfast may be I still look forward to it every morning. I love waffles and those yummy pockets that hold different kinds of syrup making each bite scrumptious. Growing up we made homemade Belgian waffles all the time, usually on a Saturday morning. We would switch between those and pancakes or my favorite, bacon, eggs, and hash browns. It is hard […] 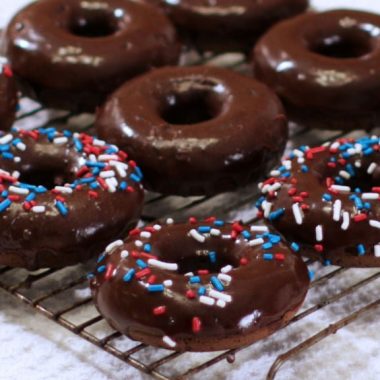 When I was younger my friends and I would walk to the local donut shop and get donuts. If I remember right it was a Winchell’s Donut Shop. Chocolate cake donuts were always one of my favorites to get. I love chocolate! Those were good memories. Time to build some […] One of the greatest smells is the smell of freshly baked amazing homemade cinnamon rolls. And this recipe for cinnabons from scratch is incredible! Everyone that tries them loves them! They are one of my favorite things to make and eat. I first learned how to make them back in […] 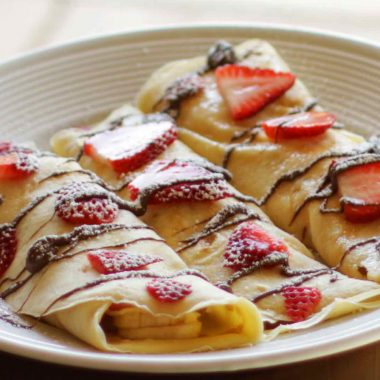 Homemade crepes are one of those fantastic breakfasts that make you feel all sophisticated eating them. Sure you can have pancakes, cinnamon rolls, or waffles for breakfast, but a nicely rolled crepe with Nutella, strawberries, and whipped cream is hard to beat. With this easy crepe recipe, you will be […]