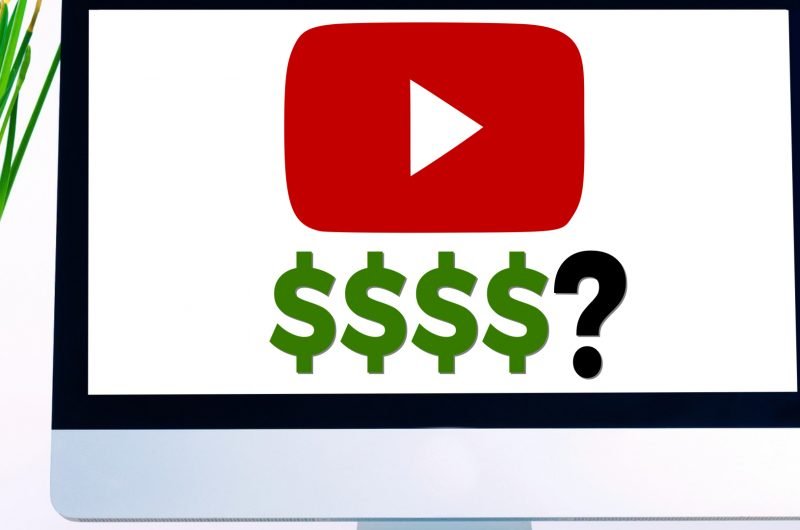 How Much Do YouTubers Make

In this post I break down different ways that YouTubers make money and about how much they make. I also share how much I have made over the years.

First off, I have a cooking show on YouTube called In The Kitchen With Matt, aptly named. I started it back on November 9th of 2013. So it has been quite a long YouTube journey so far.

It’s been a long time coming, the type of money I am making now on YouTube. And one thing I want to point out about YouTube is some channels take off super fast and other channels may take a long time to get there.

Still other channels, never make it, because the YouTuber decides to stop making videos before it has a chance to actually succeed. And so if you are a YouTuber, and are making content, don’t give up. Be passionate about what you’re doing and make the content that you want to do, and the rest will come. Just be patient, and try not to compare your channel with others.

How do YouTubers make money?

The most common way YouTubers make money is with Google Adsense. I’ll talk more about Google Adsense a little later on. But first, I want to talk about my website, I wish I would have started my website back when I started my channel because they go hand in hand.

So one way YouTubers make money is by sending traffic from their YouTube channel/videos to their website. Where they may sell products, merchandise, courses, have affiliate links, or have ads as well. Check out my first year blogging income report to see how much I made on my website in my first year of blogging.

It is hard to quantify exactly how much YouTubers make from this since traffic can come from other sources as well, but it all goes hand in hand. Websites do have the potential to earn several thousands of dollars a month.

It depends on your traffic. You need to have quite a bit of traffic for you to see any kind of substantial amount, but it will come. Here on my website you probably have noticed all the ads. So if a YouTuber can drive more traffic to their website, that is more potential eyeballs looking at the ads and generating a bit of income, not to mention potentially buying stuff on the site.

Let’s move on. I mentioned affiliate links. An affiliate just means that you will earn on purchases someone makes from a site/product that you directed them to. There’s a variety of affiliate links out there. You can go to specific companies that offer an affiliate program.

I am a member of ClickBank as well but haven’t made very many sales. I haven’t really promoted any of their products. To be an Amazon affiliate, you sign up with Amazon Associates. Then you just put an affiliate link on your content.

The cool thing about Amazon Affiliates, is that you not only earn on qualifying purchases for that specific product you linked to but any other purchases that person makes within 24 hours. Pretty awesome! It is their way of compensating you for bringing them customers.

Here is a breakdown of how much I made with Amazon Associates over the years:

So Amazon associates can be a very profitable avenue for people, it isn’t a ton for me, but every bit helps. I know there are other YouTubers that make so much more money on Amazon. Especially those that do a lot of product review videos. Usually, the Affiliate gets around 4% of the sale depending on the product.

Another way YouTubers make money is by selling particular products, like ebooks. I have a couple of ebooks that I sell on Amazon. One is my All Things Chocolate ebook and the other is my creative dates book. I have had them available since 2018.

Amazon has a service called Kindle Direct Publishing. You can do e-books, paperback, and hardback books and you can sell it on their platform, which is amazing. And it is print on demand. So once someone buys a product, they will print it immediately and then ship it to you.

And it still only takes a few days. I’m starting to do really well with the dating book sales. I always promote this book on my cooking YouTube channel. Food and dating go hand in hand, haha.

Here is a breakdown of how much I have made on my books:

That is a decent amount each year with only 2 books. So imagine if you had several of these books, maybe 10, 12, 15 books that you’ve written and are selling. Granted, it takes a lot of time. Just like it takes a lot of time to build up your YouTube channel. Look at me. It’s taken years and years.

In the first year of selling the books, sales were pretty low each month. Now it’s starting to ramp up, which is pretty cool.

And now let’s go on to merchandise. A lot of YouTubers make the bulk of their money via merchandise and not necessarily through affiliate links or through their ad revenue from Google Adsense.

So merchandise is definitely a good way to do that. There are several companies that you can partner with to sell merchandise. You can sign up for Teespring, which is a partner with YouTube and is what I do.

Then you can sell merchandise. I sell t-shirts, mugs, handbags, hoodies, etc. I don’t make very much money with it, but some YouTubers make a killing just selling merchandise. Again, though it is all about the traffic! It is fun to have a little merchandise for fans of the show to buy, which is a good way for them to help support the channel.

Another popular way for larger YouTubers to make money is through sponsorships. When I just started out doing kitchen product reviews, I would review products I already owned. Then companies would approach me and want to send me a free product. I tried the product out and then did an honest review about it.

Now I charge money for review videos or to mention a particular product. You have probably watched videos where the YouTuber stopped what they were talking about and then did a sponsored blurb about a company. Or they say something like, “This video was sponsored by…”.

Those sponsorship deals can range well into the thousands. The most I ever made with one video was $300. But when you combine that with the free product as well, not too bad.

And another way that YouTubers make money is through channel Memberships. If you’ve ever heard of Patreon, channel subscriptions/memberships on YouTube are similar. You charge a certain amount each month, and the members get extra content to view, etc.

Another profitable way that YouTubers make money is when they are live streaming. As long as they have the “superchat” feature turned on, people in chat can donate money.

In return, it highlights their comment, sometimes a cool little notification shows up. It is a great way to get the YouTuber’s attention while live-streaming especially if you want a particular question answered.

How much do YouTubers make with Google Adsense

And now let’s get to the main one you’re all probably most curious about is Google AdSense revenue. This is the one most people think about when they are asking how much do YouTubers make. They want to know how much they make from the ads that are playing.

First, how can you monetize your channel and play the ads to earn money?

Once a YouTube channel has at least 1000 subscribers and 4000 hrs of watch time in a year, they can apply for the Adsense program. Once approved, ads will run on their videos if they want them to.

In return for playing ads, they earn a certain amount of money per 1000 monetized views. Usually, stated as RPM (revenue per mille) or CPM (cost per thousand impressions). So how much the channel is making and how much it costs the advertisers.

I will point out the amount a channel earns depends on a few factors, the time of year, the type of content it is, and where the viewer is located.

For example, a video about food, may attract different viewers than a video about finance or making money online. There is more to it than that, but just keep in mind every channel earns differently.

Advertisers spend more money during the 4th quarter to gear up for holiday spending than they do in the 1st quarter which is reflected in earnings. YouTubers make more money from ads the last few months of the year.

If your viewers are in a higher-paying market like the United States, Europe, Australia, Canada, then the YouTuber will earn more than if the majority of the viewers live in India, the Philippines, South America, Africa, etc.

Is that more or less than you were thinking?

Let’s take a look at the Google Adsense earnings for my channel over the years:

And now, I am earning a full-time living from just YouTube Adsense, and then when you add my website and those other things I mentioned I am doing pretty well as a Full-Time YouTuber. I put in a ton of time over the years, and that hard work is finally paying off.

So once again, what are your thoughts about how do YouTubers make money? More or less than you thought?

How much I earned on YouTube with 100k Subs Video