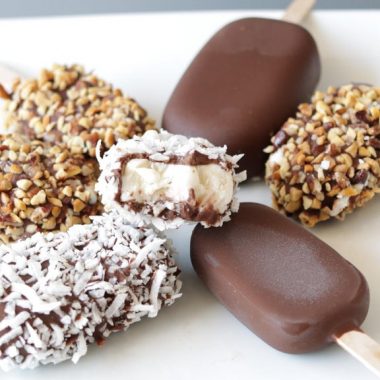 Chocolate and ice cream are music to my ears. Combine the two and you have one of the best culinary combinations. These homemade ice cream bars are incredible. If you like chocolate and you like ice cream you will love these! Growing up I ate a lot of ice cream […] 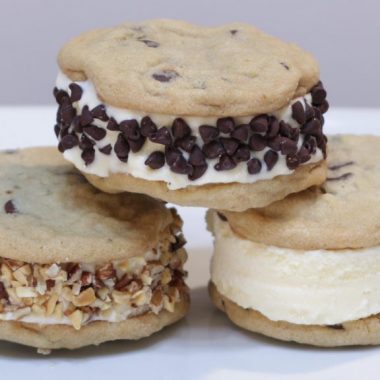 I love ice cream and I love chocolate chip cookies. This ice cream cookie sandwich or homemade Chipwich is so amazing. If you love cookies and ice cream you have got to try this recipe! Growing up of course I loved all kinds of different cookie recipes. But I also […] 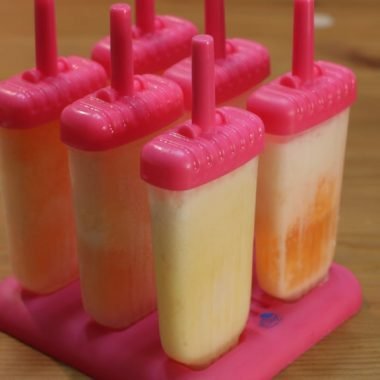 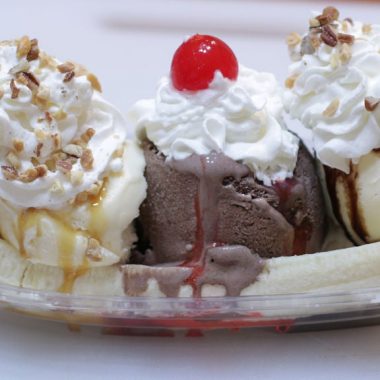 I have many fond memories eating a banana split. They are a family favorite and a perfect activity to do together in the summer or any time of the year you are craving ice cream! As far as desserts go, the banana split is one of the most popular desserts […] 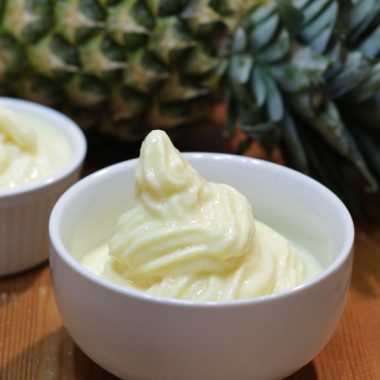 Time to bring a little Disney magic into your home. Disney released its famous Disney Dole whip recipe to the public while their parks were closed, well it isn’t the true recipe, but as close as we can get, making it at home. Isn’t that awesome? It was so nice […] 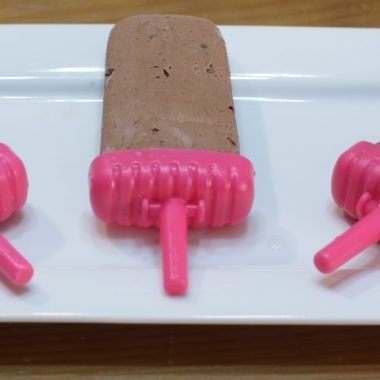 Growing up I loved eating the famous Jello Pudding Pops. These homemade pudding pops are awesome and taste just like the real thing. These are so refreshing and full of nice chocolate pudding flavor. They are perfect for a hot summer day or anytime of the year you want a […] 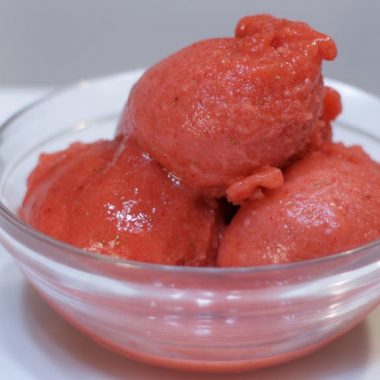 I love all things strawberry and always have fresh and frozen strawberries on hand. One of my favorite things to make is this easy homemade strawberry sorbet recipe. It is so flavorful and is a perfect substitute for ice cream if you can’t have dairy. I am not dairy-free but […] 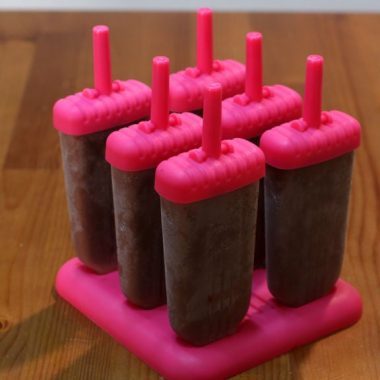 These homemade fudgesicles, also called fudge pops, are the perfect chocolate cold treat for a hot day or whenever you want. I love popsicles and I love chocolate and chocolate recipes. This fudgesicle recipe is and amazing from scratch treat to satisfy my chocolate cravings. Fudge pops for fudgesicles are […] 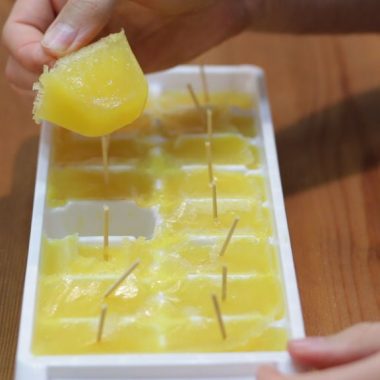 I love making ice cube tray popsicles. They are so fun to make and very cheap. And it is super simple to make different flavors. Growing up we didn’t have a lot of extra money, but my mom still found ways to treat us kids, there were 5 of us. […] 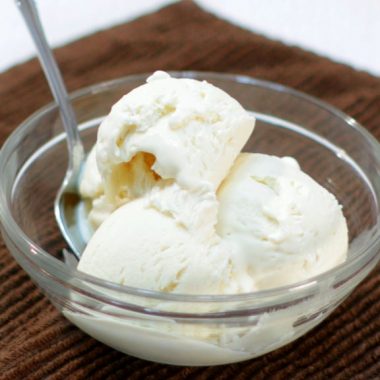 This 3 ingredient vanilla ice cream is great! I love that you don’t need an ice cream maker to make it as well as so few ingredients! Vanilla Ice Cream is the most popular ice cream flavor in the United States, maybe even the world. You can enjoy it plain […]